Srivijaya Airlines plane in Indonesia crashed into the sea on Saturday. British newspaper Daily Mail gave this information. It had 62 people, including seven children and six crew members. The aircraft lost contact with the control tower only after taking off from the airport. Debris of some electronic equipment has been seen in the sea. However, whether it is of the missing aircraft or not has not been officially confirmed yet.

The missing flight number of Srivijaya Air was SJ 182. The Boeing 737-500 class plane flew from Sukarno-Hatta Airport in Jakarta. It lost contact with Air Traffic Control (ATC) just four minutes after takeoff. At that time the aircraft was at an altitude of 10 thousand feet. According to the flight watchdog website FlightRadar24, it has received indications of the aircraft coming down suddenly.

Sriwijaya Air flight #SJ182 lost more than 10.000 feet of altitude in less than one minute, about 4 minutes after departure from Jakarta.https://t.co/fNZqlIR2dz pic.twitter.com/MAVfbj73YN

Search ship and rescue team sent to the accident site

The place where the aircraft has lost contact with ATC is the sea, so search ships, helicopters and rescue teams have been sent to that place. According to reports, the aircraft was over 26 years old. It was purchased by Continental Airlines of the US in 1994. From there it was bought by Srivijaya Airlines. 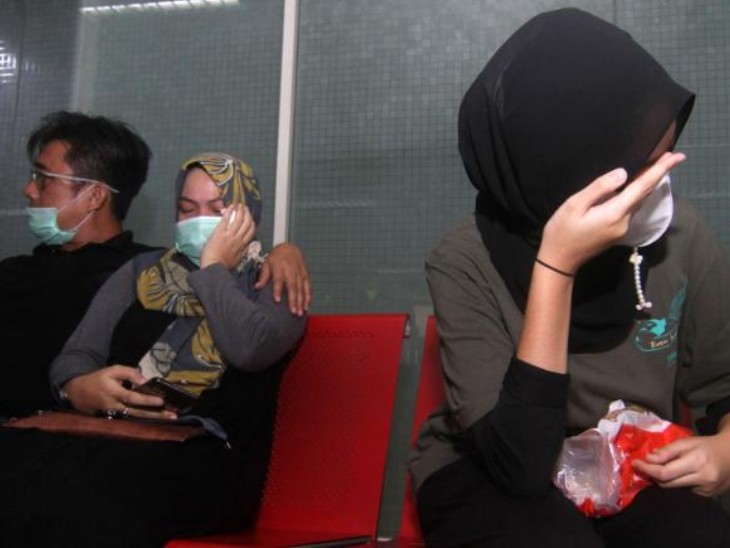 Photo is of Pontianak Airport in Indonesia. The family of the passengers reached here as soon as the flight missed.

flight at the airport was diverted from Sukarno-Hatta Airport in Jakarta to Pontianak City Airport, but went missing in between. On receiving this information, the family of passengers reached Jakarta and Pontianak Airport. There was chaos at both airports. Family members were seen crying.

World Earth Day 2021: Through these small habits you can protect the Earth | History and Theme

Spring season 2021: Google made a doodle for welcomed the season in a special way

Registration of vaccination starts from 28th April, 18+ people will be get the vaccine from May 1, know the whole process

Registration for Covid-19 vaccination: How To Register Through CoWin. know every Details

Registration of vaccination starts from 28th April, 18+ people will be...

Stay Home Stay Safe: These tips can help you to fight...

Musician Shravan dies at 66 due to Covid-19 complications, fans expressed...

World Earth Day 2021: Through these small habits you can protect...